HOW TO WORK WITH Kommo CRM (formerly amoCRM) ANALYTICS?

How to work with Kommo CRM (formerly amoCRM) analytics?

Young entrepreneurs are ready to track any statistics - the work of managers, email newsletters, websites - give me two!

As a result, managers get confused in a large amount of data that they did not even need, make the wrong decisions and lose everything.

We tell you how to avoid mistakes in working with analytics and what data will help predict future problems for the company.

The problem of analytics in small and medium-sized businesses

At the very start, you can't trust analytics. And, accordingly, the first steps of a business cannot be based on it. It would seem, why?

1. You have not built a clear logic of work in Kommo CRM

Managers work differently in the CRM system, they understand the stages of transactions in different ways. When you combine the data of five managers, the analytics are skewed. Therefore, it is so important to create general rules for working with CRM. Managers will fill in the data according to one scheme, any user will understand what his colleague had in mind.
The company "Orange" asked for advice on setting up CRM. According to the client, nothing more was required. Six months later, the client returned again with a request to train managers and executives, since the work in CRM was carried out randomly and the system did not bring any benefit to the company.
2. You don't understand what metrics to track and how to use them

There are a lot of statistics, you can track almost all business indicators. But seeing is not the same as understanding. Figure out exactly what data you need to grow your business, study it, and only then start working with analytics indicators and adjust the direction of your company based on them.
Ilya used Excel for 10 years to sell his plastic windows, but on the advice of a friend, he decided to implement CRM. A familiar IT specialist quickly set up a sales funnel, imported a client base and said that now everything will be fine with Ilya. After working a little in the system, Ilya returned to his native Excel. He was never able to figure out how to increase sales with the help of incomprehensible numbers and colorful charts from the "Analytics" section.
3. You make major organizational changes too often.

In small and medium businesses, improvements are rarely small. Most likely, you are drastically changing the stages or methods of sales. But you forget that in this case, the analytics need to start collecting again.
The ROZETKA online store has slightly changed the name of the product on its website. This provided the company with a 0.5% increase in conversions and, as a result, brought tens of millions of rubles in profit.

In the case of a small travel agency U Travel, such changes did not have the expected effect. The company had to completely change its sales processes to see any improvement.

The goal of analytics in small businesses is to identify a problem before revenue drops.

Analytics should prevent problems. Your goal is to see them before they affect profits.

Your revenue today is the result of processed leads received 4 weeks ago and offers sent 2 weeks ago.

To better track problems and respond faster to them, it is enough to remember a simple formula: F→F.
Operational results today lead to financial results tomorrow. Analyze not only financial indicators, but also operational ones.

And do it regularly.
Operational metrics are the number of calls, emails, completed tasks, changed stages of transactions that your managers work with on a regular basis. Identify key milestones in the sales process and track those metrics.

How can I track operational performance in Kommo CRM (formerly amoCRM)?

The system has six ready-made reports that are available on the "Advanced" and "Professional" tariffs.

How are deals moving? How much and at what stages is money lost?

Let's select two of our managers in the filter - Nikita and Elena - and compare their performance.

Как работать с аналитикой аmоCRМ?
Nikita received 142 applications, a commercial offer was sent to 48% of clients, payments were agreed - 16%. Our average conversion is 21%. This means that Nikita's performance is below the average within the company.

For Elena's team, out of 100% of all applications, a commercial offer was sent to 79% of leads, of which 37% paid the bill.
Although Elena has even fewer incoming applications than Nikita. Obviously, Nikita's funnel has bottlenecks, he has growth points.
It is necessary to understand why, after submitting an offer, only half of Nikita's leads reach the discussion stage.

You need to talk with the manager, study the deals, listen to calls - find out why it was not possible to discuss the proposal.

Perhaps Nikita does CRM incorrectly and in fact he is discussing the quotation with the client. But immediately after the first refusal, it transfers the deal to "Closed and unrealized", and does not squeeze the client.
In addition, Nikita initially took a lot of applications. Perhaps he simply physically could not send the CP to everyone, because he did not have time. As a result, he sent 40% less CP - this led to a final profit 40% less than possible.

Therefore, in the "Summary Report" it is important to keep track of how many deals each manager has. A summary report is a summary of deals, contacts, and tasks in your account.
At the beginning of the existence of Brutal Marketing - digital agency, Igor worked as a manager. Every month it showed phenomenal growth rates. This went on for 4 months. In the fifth month, his revenue suddenly dropped sharply to the level of the first month, and in the sixth month, the revenue fell even lower and Igor quit.

We did not understand why this happened and began to understand. For four months, Igor was gaining a client base, at some point he had more than 150 transactions in progress. Igor just physically could not pay much attention to them. He worked with all the clients little by little, but it did not bring results.
If the number of transactions exceeds the company's verified set bar, then the manager is at the limit, he is overwhelmed and will be confused in clients and transactions.
The employee will not be able to make the sale. If there are too few transactions, the salesperson will not have enough volume to fulfill the sales plan.

It is important to find a balance, compare employees, monitor their effectiveness and average conversion. Then it will be possible to understand what kind of workload is needed for managers specifically in your sales department for the most optimal work. We have the number 60 - this is the limit, it may differ for you.

These are statistics on all types of activities that a manager performs in CRM.
Nikita left for the army 2 weeks ago, but his deals continue to close, and his bills continue to be paid. How is this possible? Before leaving, Nikita worked hard, sent CVs, held meetings with clients, called them. This made it possible to warm up the customers so that some of them were ready to pay the bill now. Other managers continue to work with other clients.
The report on employees allows you to track the activity of managers in quantitative terms, evaluate their workload. You need to watch this every day.

If the manager stopped working today, you will only feel it in revenue in 2-5 weeks, depending on your sales cycle.

Therefore, with the help of this report, we can "look into the future."

A kind of event feed in which you can see everything that your employees are doing in your account.

Как работать с аналитикой аmоCRМ?
This report allows you to be a thousand kilometers from an employee and know when he started and finished work, when and how long he had lunch, how many times he went to smoke.

Even if an employee is sitting across from you, they can look serious and still be on social media. In sales, it is very important to distinguish a working employee from one who does nothing.

The list of events helps to identify freeloaders and say goodbye to them.
Life hack: Select a specific manager in the filter. By the number of pages of his actions, you can instantly determine whether the manager worked well today or not.

If you have telephone sales in your company, then this indicator will help you track who and how much calls, as well as listen to calls.

The picture shows who calls the most and who does not call at all. For example, for today our company has the following call analytics:

Как работать с аналитикой аmоCRМ?
You can filter them by duration and see how many and who had successful calls for a given period.
Task: Maxim had 5 managers in the sales department. Yesterday Maxim Viktorovich listened to calls.
Q: How many managers are left?
Answer: 2.
It is important to listen to calls from time to time, work out typical mistakes of managers in working with clients, explain how to work with objections correctly, find examples of successful calls that other managers can learn from. This directly affects your earnings.

You can set up a deal and budget goal for a team or a specific manager. In analytics, you will be able to see the progress of the implementation of plans.

In our company, we use team goals. The screenshot shows Elena's Implementation Specialist team: Alexander and Daria.
Their plan for May is 1,000,000 rubles.

Как работать с аналитикой аmоCRМ?
The overall goal of the team was not achieved, although Elena significantly exceeded her plan. This happened because Alexander did not achieve his goal.

Goals are the same sales plan. Set the bar for your managers, raise them, compare the results. If the manager fails to achieve his goal, you need to work with him, sort out mistakes, direct his work in the right direction.

This report will give a rough idea of what results to expect from each employee and from the sales department as a whole. Then, throughout the month, you will be able to monitor the progress of the plan.

Briefly: What to look for in Kommo CRM (formerly amoCRM) analytics

1. Sales funnel bottlenecks. Stages in the sales funnel where you lose a lot of customers and money. You can see them in the sales analysis. Bottlenecks need to be worked out, looking for the reasons for their appearance, changing the process of working with clients, working with managers.

2. Load on transactions and tasks. Can be controlled in the summary report tab. Do not overload managers, otherwise they will not be able to work efficiently with the leads they have in their work.

3. Number of actions. They are tracked in the report on employees and in the list of events. It is important to make sure that managers really work. Commercial offers sent today will turn into contracts or leaked leads tomorrow.

4. Working hours. Tracked in the list of events for each manager. When an employee started and finished his working day, how much he was at lunch - all this affects the amount of work and the company's revenue.

5. Call time. In the Calls tab, you can listen to calls, track their number and effectiveness by duration. Work with managers: teach them how to handle objections correctly, correct their mistakes.

6. Financial result. The final indicator is how much money each manager brought to the company.

Which of the ways to set up analytics is better is up to you. But remember that an additional tool should help the company's work, and not add headaches to managers and employees.
Виктор Довжик, Интроверт 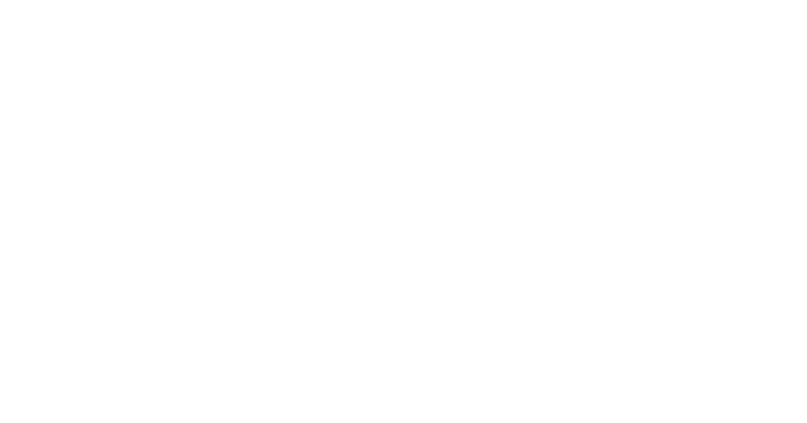 By submitting an application, you agree to the privacy policy
Join our community at Telegram ✈️
TelegramViberMessenger